On The Devils Side of Heaven Chapter 1 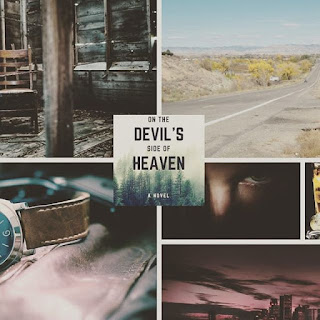 It’s pathetic, I know, but it’s the sad truth. Years ago I was a state trooper in the state of Florida that could boast the highest clearance rate in just about every category of crime there is but that was before the incident. By ‘incident’ I mean the one action I can never walk back from, nor can I fix or even mitigate.

My ex-best friend Ronald used to be a button man. He freelanced and his allegiance was as fleeting and as permanent as the wind. Ronald worked for the highest bidder. Didn’t matter if it was the cartels or the Italian mob or for that matter, a rich man looking to off his wife or rid himself of competitors. If you needed someone dead, then Ronald was your man.

I had him dead to rights on a righteous murder beef, but he was in love with my sister and she was in love with him. So I did what any stalwart cop would do. I buried the evidence against him. Don’t get me wrong, the sad sack he offed had it coming and no one was going to miss him, but I broke the one credence every cop lives and dies by – ‘you do the crime, you better be ready to stack the time’.

When you’re a cop, it’s drilled into you from the start that if you commit the crime then you stack the time. Part of the interview process concerns your mother and whether or not you would arrest her or not. When I was asked if I could arrest my own mother, I had answered in a loud and clear voice that “No one is above the law!” Of course what I didn’t tell them was that my mother was dead. I just assumed it must be buried somewhere in the file that the review board had in front of them.

That’s in the academy, though. When you work the roads in your cruiser, it’s something else. You learn over time there’s crime and then there’s crime. The former you overlook or give warnings to, the latter, you hook them up and stuff them in the back of your cruiser.

With Ronald, his crime was the latter, but I chose to punish him like the former and it cost me my badge, my dignity, my marriage and finally my kids. This they don’t teach in cop school. In the academy they teach, nay, they preach and drill into you that when you find any criminal you cuff and stuff.

As a result, I no longer carry a badge (unless you count insurance fraud investigator, I got mine from the Army Navy Surplus store in Tampa). My wife wants to be married to a dentist named Earl. Seriously, his name is Earl. I refer to him as the Earl of dentistry. She is not amused. My kids think I’m the antichrist. The latter is in large part due to my wife, but if I had to, I would admit I had a hand in it also.

Today I am in divorce court. What’s in dispute is how much it’s going to cost me and more importantly, how often the spoils of my loins and I will get to spend time together. The former is a lot (for which I have no means to pay) and the latter is turning out to be not much.

I can’t really complain. After the incident, I began to drink… a lot. Which is to say that if it had booze in it and I was awake, I would be able to give you a pretty good description of the bottom of the glass, bottle, or jug I was drinking from at the time.

I haven’t surrendered to a higher power yet, but I do attend meetings. What this really means is I show up on time, I’m relatively sober, but I don’t participate in a way that my on-again-off-again sponsor says is meaningful or helpful to others.

I haven’t the funds for a good mouthpiece so I represent myself in court, which is part of the problem. My wife has the best lawyer a dentist can buy while I have chosen to throw myself on the mercy of the court and as it turns out, mercy is in short supply.

My soon-to-be ex-wife, Lori, knows all about the incident, but we have agreed it won’t factor into the divorce. What that really means is my character and honor will be freely impugned by counsel and I have no meaningful way to combat it without being forced into pleading the fifth.

Her honor Judge Sandoval has done nothing but give me disapproving looks for the past two days while I just sit here giving sheepish looks of contrition.

Take, for instance, my soon-to-be ex-wife’s mouthpiece, who has been pontificating for quite a while now about what an absolutely horrible human being I am. Most of it’s true, but I am happy to say not the vilest of parts. I had promised Lori, I would not make this divorce difficult and then I turned around and made it very hard. Why? Well, I guess because when I said ‘I do’, I meant forever. So if she wants to be free of me she should at the very least have to face me before Judge Sandoval drops her gavel.

Lori and I have two kids, one boy and one girl. The boy’s name is Thomas and the girl’s name is Cassandra. He is eight and she is ten. Thomas looks like me and Cassandra looks like her mother. Both of them are fairly normal as far as kids go. I love them to death, but my ex has done a rather masterful job of making me look like a daddy who is just a paycheck father/semen-supplier rather than the doting and loving father I am. When I have the actual time to spend with them I give them all the love and doting a father could give.

“Your Honor, the defendant has repeatedly not shown up for his scheduled visitations and over the course of the last twelve months he has had contact with his children no more than a dozen times.” Feet carry me upwards and I feel the words coming, but am unable to stop them. 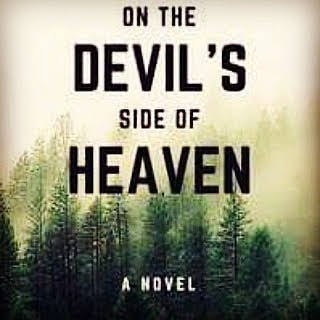 Both the judge and Lori’s mouthpiece stop and turn to me. Now I feel silly standing here because I have the feeling this is not something that is done.

“Mr. Walker, I know you don’t have the legal background that I would prefer you to have so I will give you a break just this once,” Her Honor says. “Okay,” I said. “Now Mr. Walker, do you see that thin cylinder coming out of the table with the fuzzy black thing on top?” she asks me.

As if it was just placed in front of me, I see it. A microphone is sticking out of the table I am sitting at. Now I know why both the judge and her lawyer had cringed when I objected. Clearing my throat, I answer her, “Yes, your honor, I do.” “Are you familiar with how it functions?” she asks me.

…And on it goes. I think you get the picture. Suffice to say I will be living out of a cardboard box for the foreseeable future and anytime I get with our kids will be from a distance and over the phone.

Life as an insurance investigator isn’t bad if you’re single, but when you have a wife and kids it’s near impossible. Pay’s not bad, but you spend a lot of time on the road. Which is how the problem with the booze started – way too many nights alone in a hotel with nothing but the TV to keep you company.

Like now, court and my marriage have both ended. She and the dentist took my kids and went home. I walk a few blocks until I find my way into a bar, which is where I am when my sister calls.

I have to tell you now, if I had stayed with my instinct and not answered the phone, things would have turned out a lot better for me.
Posted by Roger Peppercorn at 9:44 PM 3 comments: